Intimacies exquisitely charts the steps and missteps of young women trying to find their place in the world. From a Belfast student ordering illegal drugs online to end an unwanted pregnancy to a young mother’s brush with mortality; from a Christmas Eve walking the city centre streets when everything seems possible, to a night flight from Canada which could change a life irrevocably, these are stories of love, loss and exile, of new beginnings and lives lived away from ‘home’.

Taking in, too, the lives of other women who could be guiding lights – from Monica Lewinsky to Caroline Norton to Sinéad O’Connor – Intimacies offers keenly felt and subtly revealing insights into the heartbreak and hope of modern life.

Intimacies is published by Faber in May 2021

Lucy Caldwell’s short story collection Multitudes occupies a unique place within the Northern Irish literary canon. It will doubtless be of interest to readers of contemporary fiction, the short story and women’s writing. The stories focus on the theme of coming-of-age and have associations with Northern Ireland, but they are a steep departure from both Caldwell’s earlier fiction and previous Troubles writing by women. The conflict isn’t foregrounded but is barely there, in traces rather than as a narrative catalyst or backdrop. The stories take place at various times: broadly from the 1990s to the contemporary moment, and are dense in both nostalgic detail and an acute eye for the violence of adolescence and the complex process of negotiating a burgeoning sexuality.

Northern Irish fiction has often been squeamish about questions of sexuality, often using intimate encounters as metaphors for political life. Caldwell’s representation of sex has always deviated from these tired tropes, such as the “sexy widow” who initiates a young man or the cross-community affair which carries the weight of the conflict on its bare shoulders. Instead, she brings to the fore smaller and more complex moments. (read the full article at the Irish Times)

“One of the truest short story writers we have. With Intimacies she makes the short story her own. Imaginatively, emotionally, even formally, the stories contained here take her work to a new pitch of achievement. I can think of no more complete collection. Read. Read again. Remember now and then to breathe.”
Glenn Patterson

“Beautifully illuminative of women’s lives today. This is work of the highest quality which enlightens and enriches the heart.”
David Park

“Caldwell writes with such sensitivity and humanity, and always encourages us to rethink what we already know.”
Elif Shafak

“Caldwell explores what it means to be a woman with devastating honesty, warmth and compassion. She manages to get underneath the skin of her characters exploring situations which are unique, yet heartbreakingly familiar.”
Jan Carson

“The book I relate to most. I read it shortly after the birth of my second child, and I felt an immediate affinity with the violent emotions of new motherhood that she describes.”
Pandora Sykes

‘Precise and beautifully controlled fictions but with strange, wild energies pulsing along just beneath the surface. A tremendous collection.’
Kevin Barry, author of Night Boat to Tangier From Belfast to London and back again the ten stories that comprise Caldwell’s first collection explore the many facets of growing up – the pain and the heartache, the tenderness and the joy, the fleeting and the formative – or ‘the drunkenness of things being various’. Stories of longing and belonging, they culminate with the heart-wrenching and unforgettable title story.

Multitudes is the beautiful debut story collection from the acclaimed, prize-winning novelist and playwright Lucy Caldwell

‘Beautifully crafted, and so finely balanced that she holds the reader right up against the tender humanity of her characters.’
Eimear McBride

‘A writer of rare elegance and beauty, Caldwell doesn’t just get inside her characters’ minds. She perches in the precarious chambers of their hearts, telling their stories truthfully and tenderly.’
Independent

The world I move through is magnified, made magic, by Lucy Caldwell’s words

Glenn Patterson evokes the world that his fellow East Belfast author conjures up so well in her short story collection, Multitudes “Silver Leaf” is all the sign says now. Well, that and “Fish & Chips”, and “Tradition & Quality”.

Actually, it’s a wonder there was ever room for the Café and the The.

Silver Leaf has a competitor 50 yards up the Belmont Road in the Bethany, which shares a name with the Biblical home of Lazarus and his sisters Mary and Martha, whether pointedly or not is hard to determine, though perhaps not so hard here in east Belfast as in other places: the café facing the Silver Leaf is owned by the Christian Fellowship Church (“we do life”), which wraps around the corner of the Belmont Road and the Holywood Road, and which also owns Eden, formerly Eat Etc, half a dozen doors along.

Eden Bridal, directly opposite that, is, I am pretty sure, unconnected. What would that look like anyway, a born-again wedding gown? The same, only more so?

I don’t know where Silver Leaf comes from. There’s a Maple Leaf club around the corner and down Park Avenue – along the side of the Strand Cinema and Arts Centre – to which I came with my parents (the Maple Leaf, that is) throughout the first half of 1971 to pay the monthly instalments on our family holiday to Toronto. Elsewhere in Ontario, elsewhere in that now-gone century, a Silver Leaf Café was listed at 116 South Main in the Ottawa City Directory in 1921 and there is a Silver Leaf Café still at 4101 Decoursey Avenue, Covington, Kentucky: “cheap and easy drinking”, the ad says, “made as plain and simple as can be”.

You couldn’t accuse them of building up expectations.

The ad doesn’t say whether or not they cut their own chips on Decoursey Avenue, as they do in the Belmont Road Silver Leaf. And yes, I know chips means something else over there. Over here, chips undergo a strange grammatical transformation once they are wrapped in paper, passing from the plural to the singular: “a gravy chip” is, in fact, heaps. Half a gravy chip would do you rightly.

You could start your Silver Leaf chip – “just leave that paper open, thanks” – the moment you walked out the café door and still not have finished by the time you arrived, by way of Dundela Avenue and North Road, at the top of Cyprus Avenue (whose trees seem as deliberately aligned as the stones at Newgrange to capture and hold the sun), or – ignoring the Dundela Avenue turn-off – by the time you reached Cairnburn Park, where the Belmont Road crosses over the A55 Outer Ring on its way to the Craigantlet Hills and out of the city altogether.

This, with the Upper Newtownards Road running parallel, with the Kings Road and Cherryvalley, constitutes the heartland of Lucy Caldwell’s Multitudes: Belfast’s “Upper East Side” as the mother in Chasing assures her homecoming daughter it is now referred to. And of course none of it need exist at all for the stories in the collection to work, for them to achieve their astonishing sense of place. That the reader believes it exists for the characters, gives definition to their lives, is enough.

Although don’t tell that to my daughters, whose hearts would acquire a chip-shaped hole if Silver Leaf (silent Café, silent The) were to be theorised out of existence. What am I saying? My daughters’ hearts? My heart: and stomach too.

And if I am truthful I feel – as I have felt repeatedly over the years hearing Van Morrison invoke Cyprus Avenue – that the physical world I move through is magnified, made magic even, by the touch of Lucy Caldwell’s words.

“That night,” says the narrator of Here We Are, “I walked the streets of East Belfast again in my dreams. Waking, the dream seemed to linger far longer than a mere dream. These streets are ours.”

She’s only partly right. Thanks to Lucy Caldwell they are everyone’s who picks up this book: are multitudes’.

(read the full article at the Irish Times) Caldwell said: “Being Various has a brilliant array of writers making waves in the twenty-first century, from lauded names to newcomers ranging from their twenties to their sixties; Irish by birth, by parentage, or residence.”

Being Various: New Irish Short Stories is published on May 2, 2019 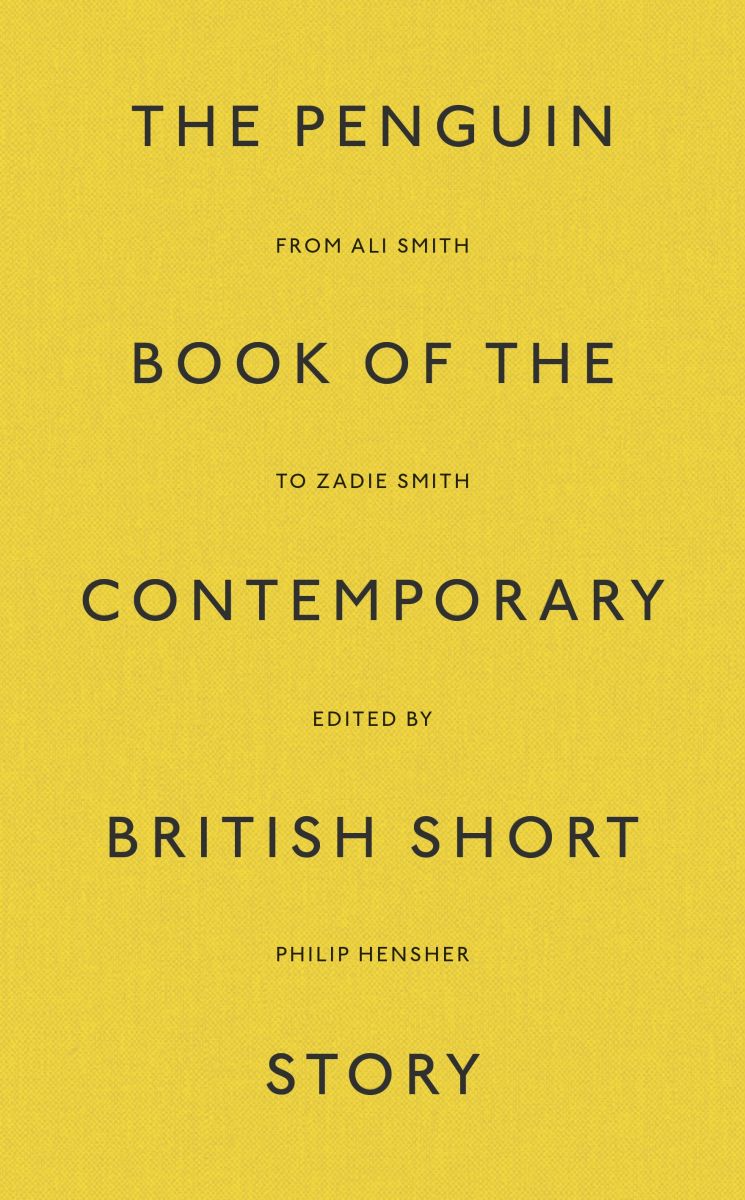 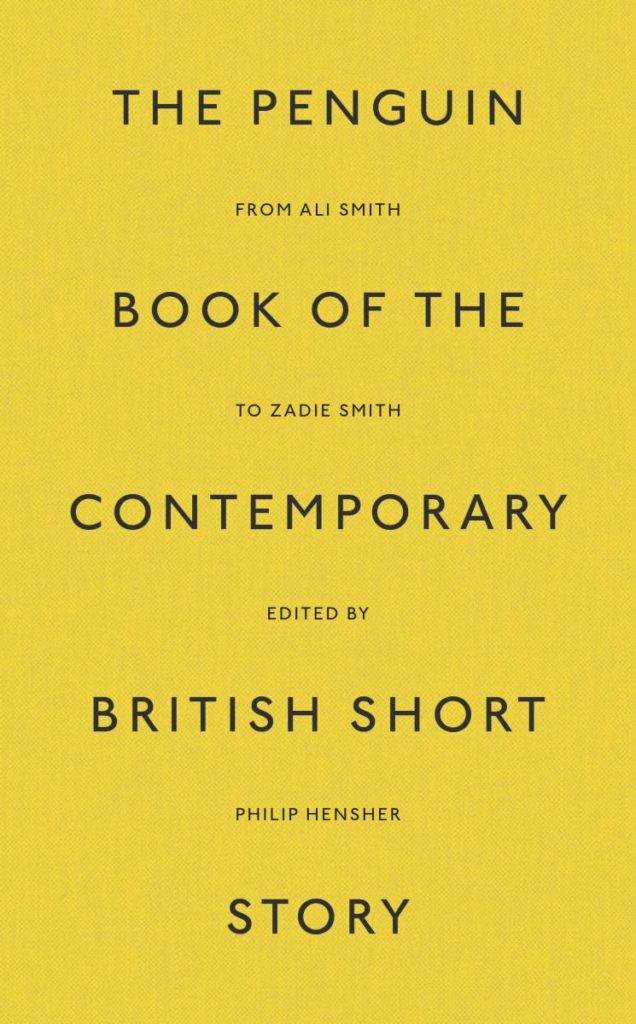 Lucy Caldwell is among the authors selected for the new anthology, The Penguin Book of the Contemporary British Short Story, “a literary treasure trove” of “30 great short stories published in the last 20 years”,.

The anthology has been edited and curated Philip Hensher who – following on from two-volume collection The Penguin Book of the British Short Story published in 2015 – has returned to the archive, reading hundreds of “contemporary” short stories to make his selection.

The Penguin Book of the Contemporary British Short Story will be published by Allen Lane on 4th October 2018 as a £20 hardback. 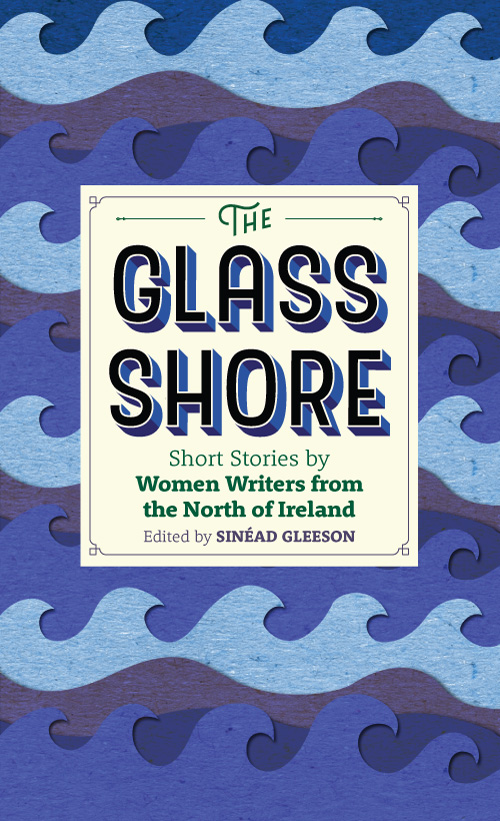 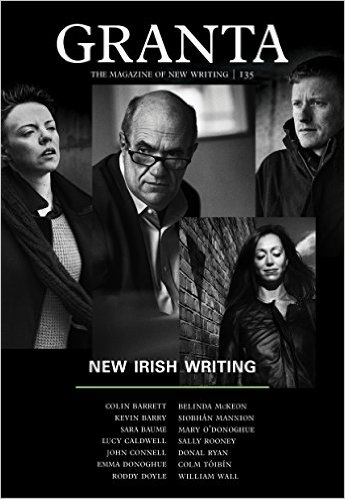 Granta 135 is a snapshot of contemporary Ireland, which shows where one of the world’s most distinguished and independent literary traditions is today. Here international stars rub shoulders with a new generation of talent from a country which keeps producing exceptional writers.

This issue features Lucy Caldwell imagining forbidden first love in Belfast; Kevin Barry on Cork, ‘as intimate and homicidal as a little Marseille’; an exclusive extract of Colm Tóibín’s next novel, about growing up in the shadow of a famous father; fiction from Emma Donaghue about Victorian Ireland’s miraculous fasting girls; and Sara Baume describing the wild allure and threat of the rural landscape.