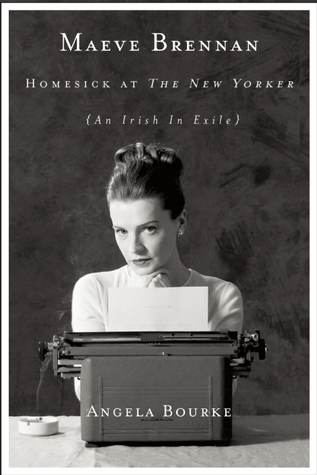 A good short story: greater than the sum of its parts

A short story is a shot of vodka (Chekhov), a love affair to the novel’s marriage (Lorrie Moore), a high wire act (Kevin Barry). It’s a hand grenade, a sprint, a shock, a shiver. There’s something taut, essential, elusive about it. There’s a magic to it, an alchemy. A good short story has to infer the entire and immersive world of a novel, create the same depth of consciousness in its characters, and yet with a mere fraction of the words. It requires the concision of poetry, and maybe the comparison with poetry goes even further: it needs to work on a symbolic plane as well as on the level of the literal narrative.

A good short story needs to be far greater than the sum of its parts, something that unfurls in you after you’ve read it, echoes within you long after you’ve finished it. My favourite definition, perhaps, is William Carlos Williams’: “Short stories are the flare of a match struck in the dark, the only real form for describing the briefness, the brokenness and the simultaneous wholeness of people’s lives.”
A short story… eleven years in the making

I attempted to write my first short story collection over a decade ago, just after I’d finished my first novel, in that strange no-man’s land before publication. I saw the shape of it perfectly in my head: the stories would all be set in Belfast or between Belfast and London, and they’d all be narrated by girls or young women. I thought it would be easy (cue hollow laugh). I realised very quickly that I had none of the skill or technique to make even the simplest of my ideas work: and it’s taken a further decade of reading, and the writing three novels, a novella, several stage plays and radio dramas to learn or acquire enough of the craft that stories demand.

Two of the stories in my collection, Multitudes, have first drafts going back eleven years to those earliest attempts: I’d come back to them every year or couple of years, unable quite to let them go, unable to make them live.
Demanding a lot from the reader

It’s often said that the short story is perfect for modern times: for our short attention spans, for our commutes, for our over-stretched, time-poor, bite-sized lives. I think this is utterly wrong. If a novel is a warm bath, something that you can sink into and get comfortable in, the short story is an ice-cold plunge pool.

The short story can be a profoundly uncomfortable form: it often demands a lot from the reader. It requires concentration as you’re reading, and it needs to be allowed the space and time to resonate in you after you’ve read it. You need to read a story in its entirety, in one sitting, and you often need, as Mavis Gallant recommends, to close the collection or the anthology after you’ve read one story in order to recover and regain the strength to plunge into the next.
Five short stories to love and learn from

Here, in no particular order, are five stories that I have loved. I am excluding Chekhov, Lorrie Moore and Kevin Barry on the spurious grounds that I have already mentioned them; I am also not allowing myself to look at my bookshelves as I choose the stories otherwise I’ll find myself paralysed with quandariness…

“The Eldest Child” by Maeve Brennan

I first read this story in the excellent anthology The Long Gaze Back, edited by Sinéad Gleeson. Maeve Brennan is better known for her acerbic, witty New Yorker columns, and this story floored me. It’s narrated from the point of view of a mother remembering the death of her newborn son, and the sleepless vigil she kept for his soul. It is impossible to read the final lines without your heart breaking.

If “The Eldest Child” breaks your heart, then “Sleepwalking”, from psychotherapist Amy Bloom’s first collection Come to Me, will stop you breathing. In my edition, the moment comes 13 pages in. You think you know where you are, and you’re ignoring the faint, creeping sense of dread and then, in an awful, inexorable rush, it happens. The brilliant thing about this story is that Amy Bloom doesn’t leave it there: like the best of Greek tragedies, she forces you to look, and look, and look.

An entirely different tone now: the most tender coming-of-age story you’ll ever read. “Forever Overhead” comes as a shock and a relief in the tangled, tortured, brilliant collection Brief Interviews With Hideous Men. On one hand, it’s about a young boy deciding to dive from the highest diving board at the public swimming pool one slow, hot day at the end of the summer. On the other hand, it’s about… everything.

Another coming-of-age story from her first, and to-date only (come on ZZ!) collection Drinking Coffee Elsewhere. A high-spirited young Brownie pack from Atlanta, Georgia go to summer camp, where they become convinced that a group of white girls are racially abusing them. But there’s an unexpected twist. The story is both playful and profoundly serious, and asks all sorts of questions about the confusions of growing up and the complications of friendship.

I’m really torn here for my final story. I was about to write about one by a criminally under-read writer, Katherine Anne Porter, and the title story from her recently reissued Collected stories: “Pale Horse, Pale Rider”. It’s about a young woman hallucinating in a hotel room in Colorado in the influenza epidemic of 1918, as she lingers at the gateway between life and death. It’s an astonishing story. But North American writers, I suddenly see, are over-represented in my list.

I could go instead with Zimbabwean Dambudzo Marechera’s jagged, brilliant “The House of Hunger”, or I could attempt to answer the question I’m always asked and always make a hash of: what is my favourite Irish short story (today it’s a toss-up between Claire Keegan’s “Walk the Blue Fields” and Sean O’Faolain’s “Lovers of the Lake”). But I’m going to choose, instead, a brand-new story from a brand-new collection.

Northern Irish writer David Park published his second collection of stories, Gods and Angels, on the very same day that my Multitudes was published. The second story in the collection, “Boxing Day”, is about a father taking his truculent teenage son on the boy’s annual visit to his estranged, mentally ill mother. The story is almost unbearably tender. The collection is worth buying for this story alone.