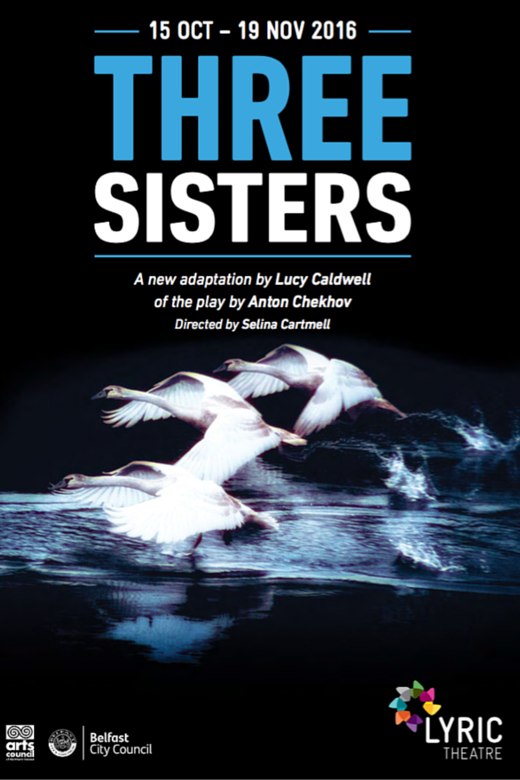 As part of the Vivid Faces season at the Lyric Theatre, Lucy Caldwell was  commissioned to create a modern resetting of Chekhov’s Three Sisters. This new version, which will have its world premiere at the Lyric in October 2016, is to be directed by Selina Cartmell.

The Lyric Theatre  announced its Spring – Autumn 2016 season, entitled Vivid Faces: Eight plays exploring the nature of identity. The plays, which will be performed between April and November, include the world premieres of three new works by local writers, a co-production with the Young Vic in London of Conor McPherson’s new play (also a world premiere), and plays to mark the centenary of the 1916 Easter Rising and the Battle of the Somme.

More information about Vivid Faces can be had at the Lyric Theatre website.