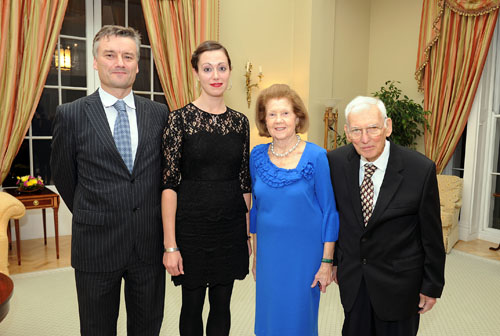 Lucy Caldwell had been awarded The Rooney Prize for Irish Literature for 2011, in recognition of her achievement and outstanding promise as a novelist and dramatist. The announcement was made by the Provost of Trinity College Dublin, Dr Patrick Prendergast at a reception in the Residence of the Ambassador of the United States of America to Ireland on October 25th 2011 Previous winners of the Rooney Prize include Bernard Farrell, Neil Jordan, Frank McGuinness, Deirdre Madden and Anne Enright.

Commenting on the significance of Lucy’s work Dr Brown said she addresses difficult personal issues in complex cultural settings with a rare combination of sensitivity and acute intelligence. (more information)